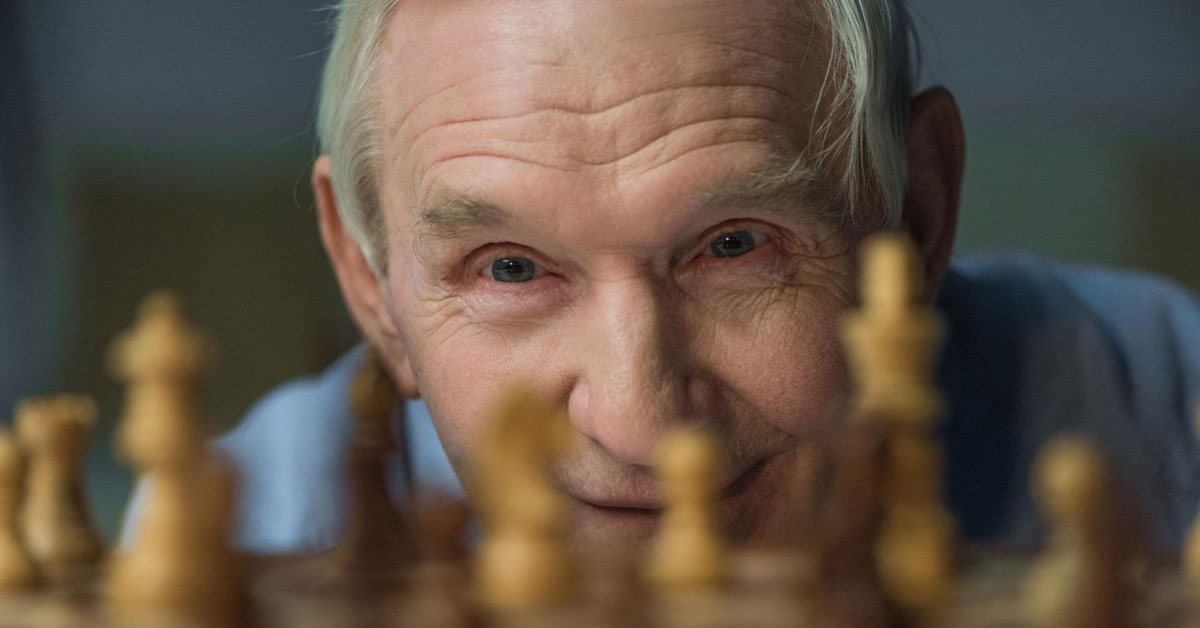 Humans have long been looking for the fountain of youth. Medical advances mean that most of us can expect to live for a long time. But how we live is an important component of successful aging. Originally published in June, Mind Games is an essay that explores the current understanding of best practices for maintaining a healthy brain as we age.

With my first book coming out in the fall, I am paying more attention to bookstores. I’m finding an increasing number of titles related to aging. It’s probably not surprising as the bulge of baby boomers – the oldest of whom are now in their mid-70s – are looking to successfully age, where a longer life span is matched with a correspondingly long wealth span and health span.

A number of these books focus on brain health. It makes sense as, according to one prominent researcher, Alzheimer’s is the most feared disease, even more than cancer. The loss of independence is devastating and requires comprehensive assistance to manage life. The burden on caregivers, often a spouse or family, can be overwhelming, too. A long life span and wealth span may be of little use if health deteriorates significantly.

It’s no surprise that the recent approval of Aduhelm, Biogen’s new drug for Alzheimer’s, has received significant attention. Its impact could be transformational for millions of people, perhaps with a greater impact on society than the vaccines produced to combat COVID-19. While critics point to scant evidence of its impact on the disease, if successful, it could usher in a new wave of effective innovations to fight cognitive decline.

“We may be soon entering an era without dementia. It could arguably be just as significant as a world without cancer. Such a milestone would be one of mankind’s great achievements.”

We are learning more about the role of a healthy diet to help prevent dementia. The MIND diet, which is a variant of the Mediterranean Diet, focuses on whole grains, berries, green, leafy vegetables, other vegetables, olive oil, poultry and fish. Researchers have found that strict adherence to the MIND diet for older adults resulted in about a 50% decrease in Alzheimer’s diagnosis. Even more encouraging is that you don’t have to be rigorous in adhering to the diet to experience a positive impact. Simply eating fish once a week and incorporating greens into a meal each day could be an achievable goal that makes a difference.

Scientists are still determining the causes of mild cognitive impairment, but some evidence suggests that a reduction in blood flow to the brain can be a factor. Regular exercise amplifies the healthy flow of blood to the brain while exercising and afterwards. Recent studies show that regular brisk walking is particularly effective in helping older adults with mild cognitive impairment. As last month’s blog emphasized, it’s valuable to move regularly, even if the measures are as simple as taking stairs or parking farther away when shopping or commuting.

The impact of loneliness has been well-documented: it has been found to be as harmful as smoking 15 cigarettes a day and can increase the risk of premature death by as much as 30%. But loneliness is particularly harmful to the brain. Studies have shown that loneliness can increase risks of dementia by 26% and mild cognitive impairment by 105%. Regularly reaching out to friends, whether they live close by or far away, could have a greater impact on your brain health than you realize.

Sleep is the single most effective thing we can do to reset our brain and body health each day. Sleep helps cement positive memories, mollify painful ones, and meld past and present knowledge, inspiring creativity. Conversely, insufficient sleep wreaks havoc. Insufficient sleep, or routinely sleeping less than six or seven hours a night, increases the odds of dementia. As we age, we tend to sleep less efficiently and wake up earlier, so it is important to go to bed earlier.

Hearing loss has been shown to be a factor in cognitive loss and may also be one of the biggest potentially reversible factors. Hearing loss for a long period causes shrinkage to areas of the brain associated with memory. Proper diagnosis of hearing loss is important, as are interventions such as hearing aids.

Don’t Forget the Role of Place

Place has important direct and indirect impact on our brain health. Some places are objectively poor for our cognitive health. One study found that living near major roads is linked to an increased risk of neurological diseases, including dementia, Parkinson’s, Alzheimer’s, and multiple sclerosis. It is believed to be caused by excessive exposure to air pollution and the incessant noise of vehicles.

Place also has an indirect role, by nudging us to healthy lifestyles. A pervasive culture that values healthy eating makes it easier to eat healthy; environments that are conducive to exercise embedded in the normal course of life are beneficial; areas that promote social connection amongst neighbors can help stave off social isolation and loneliness.

An Era Without Dementia

With advances on various fronts, we may be soon entering an era without dementia. It could arguably be just as significant as a world without cancer. Such a milestone would be one of mankind’s great achievements. As Dr. P. Murali Doraiswamy, Director of the Neurocognitive Disorders Program at Duke University School of Medicine and co-author of The Alzheimer’s Action Plan, says, “It’s a hopeful time.”

But, even if Biogen’s Aduhelm is unsuccessful, we can be hopeful, because the right mix of diet, exercise, social connection, sleep and hearing may just be the antidote we need to keep our minds strong. And don’t forget the role of place, the foundation that helps pull it all together.

Place plays a significant yet often unacknowledged role in health and happiness. Ryan Frederick, CEO of SmartLiving 360 and a Nexus Insights Fellow is the author of the upcoming book Right Time, Right Place, in which he explores more deeply the idea that where you live matters enormously – especially during the second half of your life.

https://www.nexusinsights.net/wp-content/uploads/2021/08/mind-games-for-brain-health.jpg 801 1200 Nexus Insights https://www.nexusinsights.net/wp-content/uploads/2022/04/nexus-logo-reverse-296x92-1.png Nexus Insights2021-08-08 16:20:352021-08-25 04:44:25Mind Games – Significance of Lifestyle Interventions to Prevent Cognitive Decline
Scroll to top
Nexus Insights uses cookies on our website to give you the most relevant experience by remembering you and understanding how you use our website. By clicking “Accept”, you consent to the use of all cookies.
PRIVACY POLICY | COOKIE SETTINGSACCEPT
Manage consent