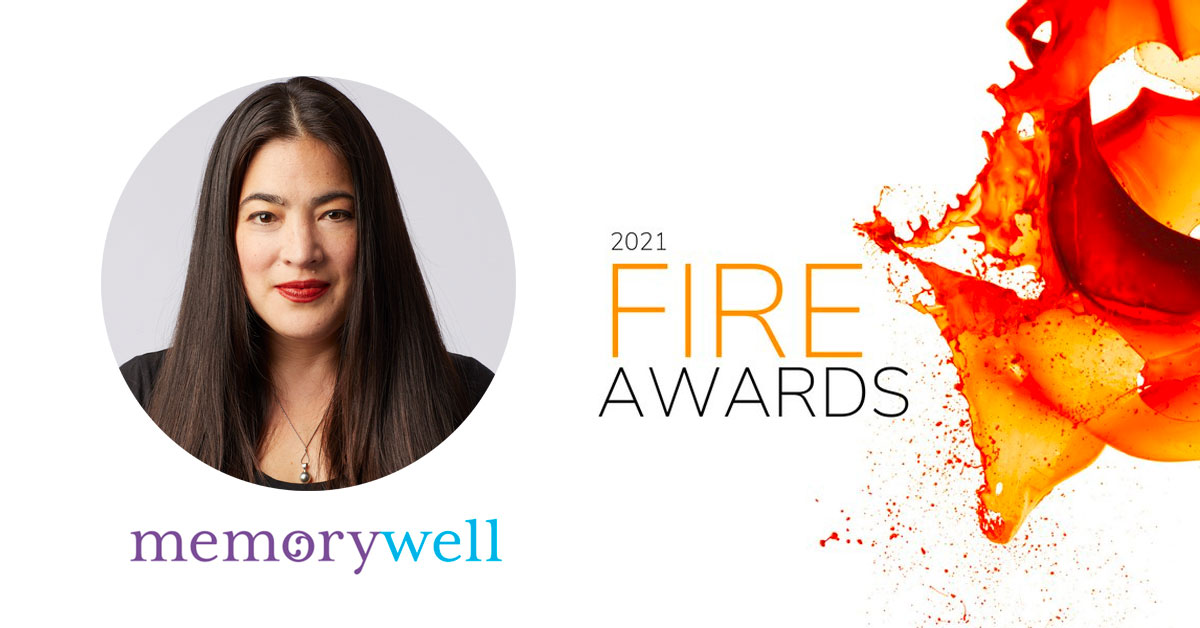 MemoryWell, the brainchild of Jay Newton-Small, was selected as the winner of DC Inno’s 2021 Inno Picks Fire Award.

Founded in 2016, MemoryWell was inspired by an experience that Newton-Small had when caring for her father, who had Alzheimer’s. Newton-Small, MemoryWell’s founder and CEO, and a Nexus Fellow, was a longtime Time correspondent. When she moved her father into a senior community, she decided to tell his story, so the staff would come to know him. She wrote it up and posted it on the walls in the community. Then she began to notice that staff members were discovering they had things in common with her father. They spent time talking with him about their shared experiences, and ultimately became stronger advocates for him.

Seeing the impact the written story had on her father’s experience inspired her to launch MemoryWell, to help other seniors the way she had helped her own father. The company’s writers interview residents and create life stories for them. They share the stories with the residents’ care teams as a tool to build connection and empathy, and with the residents’ loved ones as a family treasure.

As the company began to produce a wealth of stories, the vision for its mission expanded to include putting medical histories into context, informing care decisions, and creating positive financial impacts while improving health outcomes.

“Receiving a Fire Award has been an incredible accelerant for our company, adding the fuel of greater attention to the fire we lit with our raise and growth. It’s been an amazing ride so far this year!” – Jay Newton-Small

DC Inno, which hosts the annual Fire Awards, is a media company focused on the entrepreneurs, executives, startups, businesses, trends, and topics that shape the present and future of DC’s economy. The company created the Fire Awards to honor “Greater Washington’s hottest enterprises and innovators.”

“Receiving a Fire Award has been an incredible accelerant for our company, adding the fuel of greater attention to the fire we lit with our raise and growth,” said Newton-Small. “It’s been an amazing ride so far this year!” She plans to use the funding from the award to expand the company’s focus, helping to develop the company’s AI system for predicting social determinants of health for hospitals and other providers.

Here’s what DC Inno had to say about MemoryWell:

“Senior care has a relatively new advocate in this D.C. startup, bolstered by $2.5 million in seed funding in February. MemoryWell, part of the Techstars Future of Longevity Accelerator in D.C., connects seniors and their families with professional writers to, in turn, better introduce them to their caregivers and, ultimately, improve their care. It took a hit during the pandemic when most of its business at senior living and skilled nursing facilities ‘evaporated overnight while providers focused on saving lives, quite understandably,’ said founder and CEO Jay Newton-Small in March. So the company shifted to other markets such as home care, palliative and hospice care and senior living insurers — areas it’s looking to expand deeper into this year.”