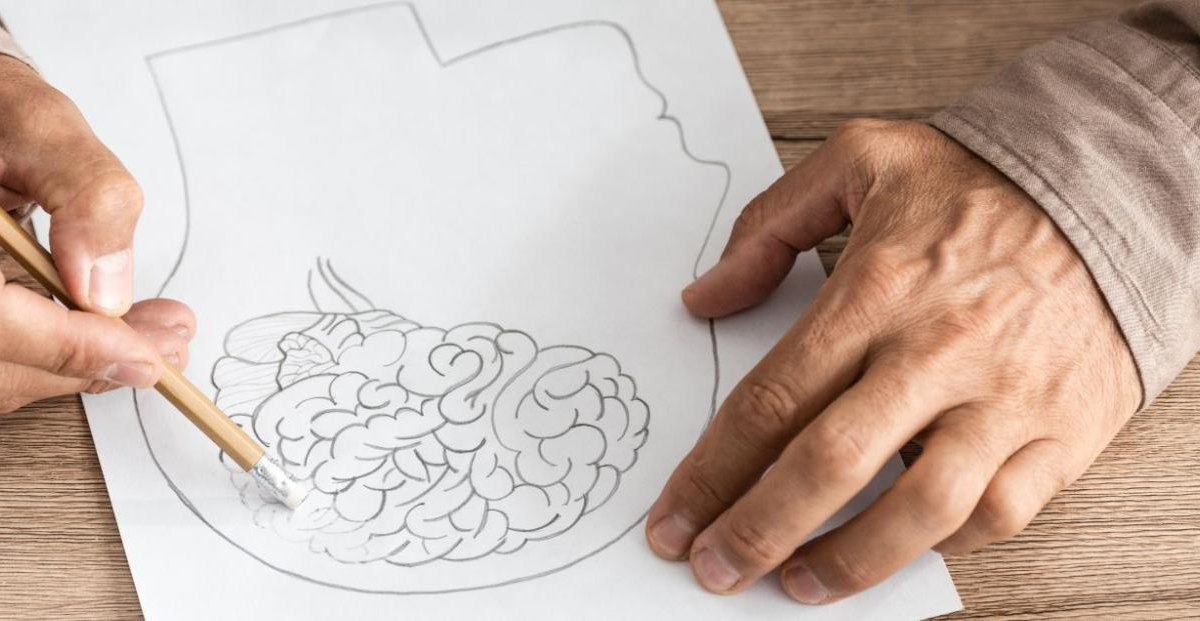 When Americans think about getting older, Alzheimer’s disease is one of our greatest fears. But while we’ve long believed that there is nothing to be done to prevent it, a study by Becca Levy at Yale University suggests that the opposite is true. Ashton Applewhite explores the surprising and interesting finding that the negative messages our ageist culture has barraged us with from childhood on could actually make us more vulnerable to the very things about aging that we fear.

What affliction do Americans fear most? Alzheimer’s disease. I’m one of them, unless so many bones give out that I have to be carried around in a shovel. But facts comfort me. Abundant new data shows that our fears are way out of proportion to the threat—and that those fears themselves put us at risk.

Fact #1: Dementia rates are falling.  As I reported last April, the likelihood of you or me developing dementia has dropped—significantly—and people are getting diagnosed at later ages. That’s despite a surge in diabetes among older Americans, which significantly increases the risk. Numbers remain high—an estimated four million to five million Americans currently have dementia—but that number pales in comparison to all the people who are worried about getting it, and about aging in general. Why is that important?

Fact #2: Worrying about dementia—and about getting older—is itself a health risk. We’ve known for some time that attitudes towards aging affect how the mind and body function at the cellular level. New research published on February 7th in the prestigious Public Library of Science journal confirms that finding, reporting that people who associate old age with becoming useless or incompetent are more likely to develop dementia than people with a more positive outlook.

Scientists consider a gene called ApoE to be the primary genetic risk factor in late-onset Alzheimer’s disease, yet many who carry it never develop dementia. How come? Could environmental—and therefore modifiable—factors play a role?  The new study, led by Yale’s Becca Levy, worked with a group of 4,765 people over age 60 who were dementia-free at the start, more than a quarter of whom carried the gene. Levy and her team interviewed them regularly over the course of four years, asking them to rank their feelings to prompts such as, “The older I get the more useful I feel.” They found that people with more negative attitudes were twice as likely to develop dementia. In other words, positive age beliefs confer protection against cognitive decline—even among people who are genetically predisposed to the disease.

Both experimental and longitudinal research show that stress, which links to dementia, may be the mechanism. Levy’s team found that positive attitudes about aging can reduce stress and help us cope with ageist messages that bombard us from the media and popular culture. People assimilate cultural beliefs from early childhood on, and as these stereotypes become more relevant over time, we tend to act as though they were accurate, creating self-fulfilling prophecies. (More here about Levy’s theory of stereotype embodiment.) Positive beliefs (e.g. late life is inherently valuable, old age is a time of growth and development, olders contribute to society) help keep us healthy by buffering stress and prejudice: the effects of ageism. Negative beliefs (e.g. it’s sad to be old, old people are ugly, aging means becoming a burden) make us vulnerable to disease and decline.

We’re stuck with our genes, but not with our behaviors or attitudes. Interventions work. Last year New York Times science reporter Gina Kolata described the decline in dementia rates as “what seems to be a long-term trend, despite researchers’ failure to find any effective way for individuals to protect themselves from Alzheimer’s, the most common form of dementia.” That is no longer the case.

Reputable researchers are careful not to overstate their findings, but the scientists behind this new study note that their findings have far-reaching social implications. In personalized medicine, for example, education could bolster positive attitudes in people at higher risk of developing dementia. On a broader scale, as Levy points out, the research “lays a foundation for creating a public health campaign to beat back against ageism and negative beliefs about aging.” I’ve been making this case for years.

No matter how you feel about the longevity boom, or just about hitting that next big birthday, everyone wants olders to stay as healthy as possible for as long as possible. Imagine the benefits to health and human potential of replacing negative stereotypes about age and aging with more nuanced, positive, and accurate portrayals. The 65+ population of the US is expected to double by the year 2030. Let’s get cracking!

The author of This Chair Rocks: A Manifesto Against Ageism, Ashton Applewhite is a leading spokesperson for the emerging movement to raise awareness of ageism and to dismantle it. Ashton has been recognized by the New York Times, the New Yorker, National Public Radio, and the American Society on Aging as an expert on ageism. She blogs at This Chair Rocks and is the voice of Yo, Is This Ageist? Ashton speaks widely at venues that have ranged from the United Nations to the TED mainstage, has written for Harper’s, the Guardian, and the New York Times, and is a co-founder of the Old School Anti-Ageism Clearinghouse.

https://www.nexusinsights.net/wp-content/uploads/2021/11/image1-1.jpg 621 1999 Nexus Insights https://www.nexusinsights.net/wp-content/uploads/2022/04/nexus-logo-reverse-296x92-1.png Nexus Insights2021-11-05 09:00:292021-11-19 05:29:44How Can We Reduce Alzheimer’s? Start by Reducing Our Age Bias
Scroll to top
Nexus Insights uses cookies on our website to give you the most relevant experience by remembering you and understanding how you use our website. By clicking “Accept”, you consent to the use of all cookies.
PRIVACY POLICY | COOKIE SETTINGSACCEPT
Manage consent